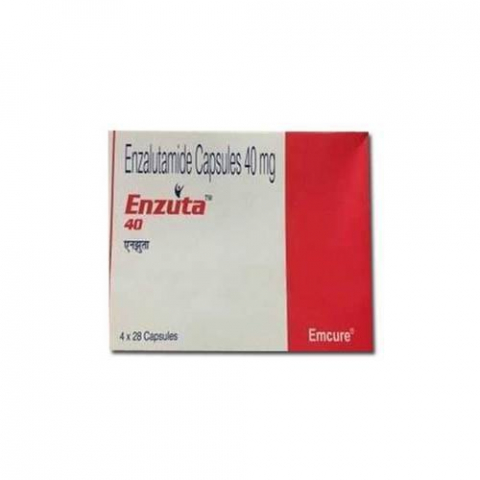 Enzuta  40mg containing Enzalutamide is also categorized as an anti-androgen chemo medicine. Enzuta  40mg is not self medication; it is used under the knowledge of medical oncologist.

Dosing alteration: In ≥ grade 3 toxicity or extreme side effects: Postpone the dose of Enzuta  40mg for 1 week or as far as symptoms progress to ≤ grade 2, continue at the same or reduced to 120mg or 80mg. Concurrent use with strong CYP2C8 inhibitors:

The major adverse effect during the therapy of Enzuta  40mg tablets are;

Enzuta  40mg is a chemo tablets, if patient fail to take the dose of Enzuta  40mg tablets must be consult with medical oncologist and take the dose within a time. In any other way the missed dose should be avoid and follow the regular dosing schedule.