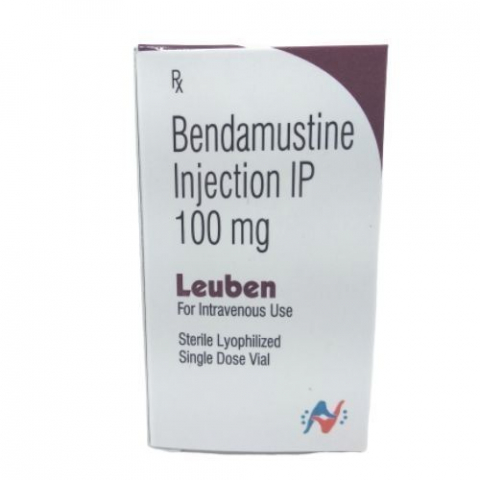 Leuben 100mg  consist of nitrogen-mustard compound necessary in the treatment of chronic lymphocytic leukemia (CLL) and indolent B-cell non-Hodgkin lymphoma (NHL) that has progressed during or within six months of treatment with rituximab or a rituximab-containing regimen.

Leuben 100mg  is a prescription drug which is used under the guidance of medical supervision.

Based on adverse reaction, Leuben 100mg  will cause fetal harm when given to a pregnant woman. Leuben 100mg  reported malformations in animals.