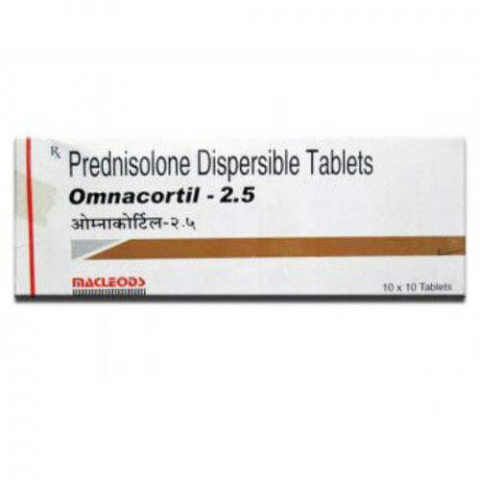 Corticosteroids controls by reducing the body’s immune system response to various diseases or conditions which produce symptoms such as swelling, inflammation, and allergic-type reactions. Omnacortil is a prescription drug which used under the supervision of medical practioners

Omnacortil is the first drug of choice for most patients with primary Nephrotic Syndrome. Omnacortil is indicated for the treatment of primary or secondary adrenocortical insufficiency, such as congenital adrenal hyperplasia, thyroiditis. Omnacortil also Indicated to treat psoriatic arthritis, rheumatoid arthritis, ankylosing spondylitis, bursitis, acute gouty arthritis and epicondylitis.

Omnacortil may increase the blood glucose levels and decline the symptoms of diabetes. The patients with diabetes should Use with caution. Tablet may decreased the bone density by reduce the absorption of calcium. Tablet is needed with caution in the patients with liver injury and impaired kidney function.

Omnacortil Orally Disintegrating Tablets are contraindicated in patients who are hypersensitive to corticosteroids i.e. prednisolone or any components of this product. Sometime particular of anaphylactoid reactions have appeared in patients getting corticosteroid therapy.

Omnacortil is very improbable to cause adverse reaction in the infant. Discuss your doctor if you are breastfeeding your child and use the medicine as advised