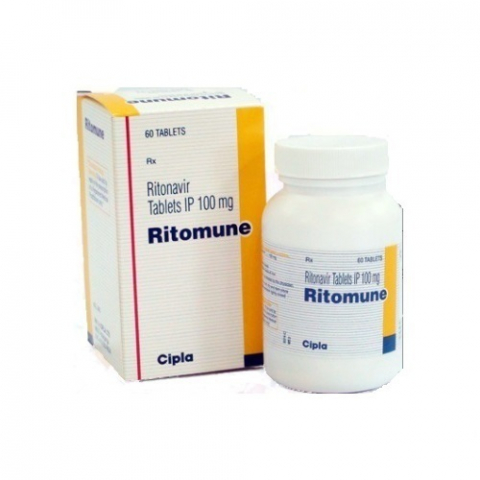 Ritomune used for treatment for the infection caused by HIV

Ritomune should used with valid doctor’s prescription. It used for treatment for the infection caused by HIV. Ritomune is not a curable for HIV or prevention against AIDS.

The patient who had no treatment for HIV in past will undergo therapy by Ritomune drug. It will target HIV infection from multiplying and decrease the destruction of immune system and delay the occurring HIV or AIDS disease.

Ritomune is mainly used in adult by combination with antiretroviral drugs for the treatment of HIV infection.

Ritomune is a Competitive, particular and reversible HIV protease inhibitor which includes with the essential formation of proteins and enzymes. Ritomune inhibits the virus infection and causes ineffective, premature and non-infectious virions development.

Ritomune is mainly metabolized in liver by CYP3A4 & lesser extent by CYP2D6 isoenzymes.

Ritomune exceted by both unchanged and metabolite via faeces approx 86% and 3.5% as unchanged drug via urine approx 11%. The terminal elimination half life is 3-5hr.

Category B: Animal studies have been developed adverse effect, but sufficient and well-tolerated studies in pregnant women which have failed to develop arisk to the fetus in all trimester in pregnancy

Ritomune store at 20-25°C. Store at cool and dry place Keep Ritomune tablet away from the children. Use Ritomune drug before expiry date.