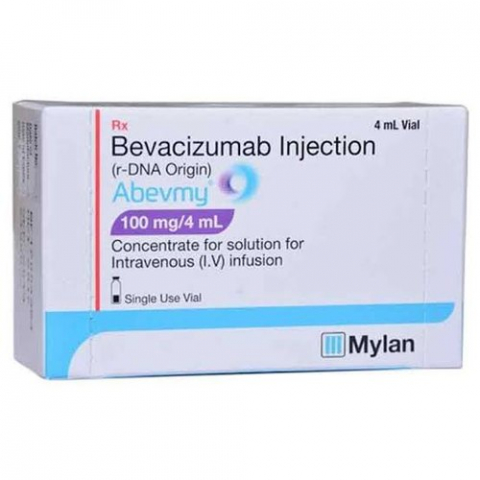 Bevacizumab is a drug sold under the name of Abevmy 100mg and which is categorized as monoclonal anti-body & anti-angiogenesis When Abevmy 100mg concomitant use with human monoclonal antibody IgG1, that circumstance and prohibits the biological action of human vascular endothelial growth factor (VEGF).

Pregnancy category: D
While administrating Abevmy 100mg in pregnant women, positive evidence on fetal risk depends on human studies but potential benefits by using the drug may have common risk against fetus.

Abevmy 100mg is excreted into breast milk taking account on this, discussion should do on whether to discontinue the breast feeding or the drug. The drug is risky during mother breast feeding to their infants.