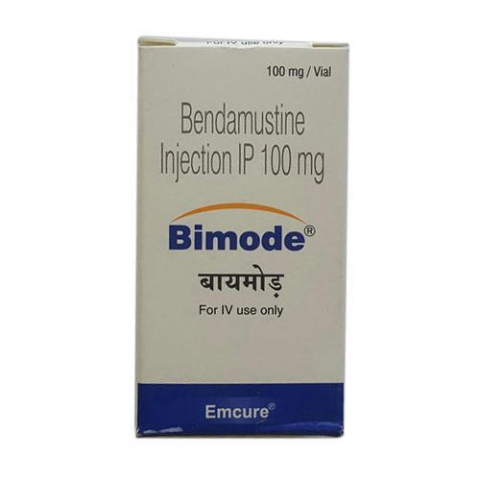 Bimode100mg consist of nitrogen-mustard compound necessary in the treatment of chronic lymphocytic leukemia (CLL) and indolent B-cell non-Hodgkin lymphoma (NHL) that has progressed during or within six months of treatment with rituximab or a rituximab-containing regimen.

Bimode100mg is a prescription drug which is used under the guidance of medical supervision.

Bendamustine consist of bifunctional mechlorethamine derivative capable of forming electrophilic alkyl groups which covalently attach to other molecules. Due to this function as an alkylating agent, bendamustine occurs intra- and inter-strand cross links between DNA bases resulting in cell death. It is active against both active and quiescent cells, even though the proper mechanism of action is unknown

Based on adverse reaction, Bimode100mg will cause fetal harm when given to a pregnant woman. Bimode100mg reported malformations in animals.