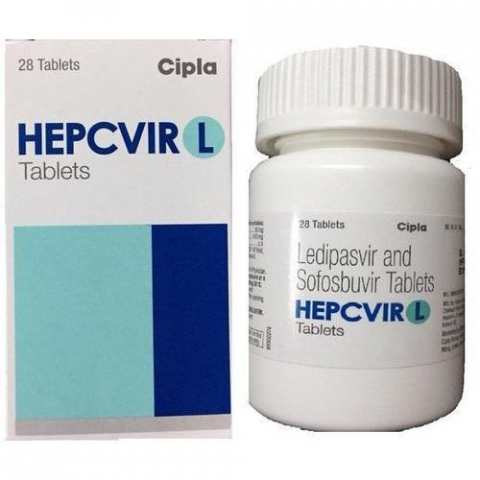 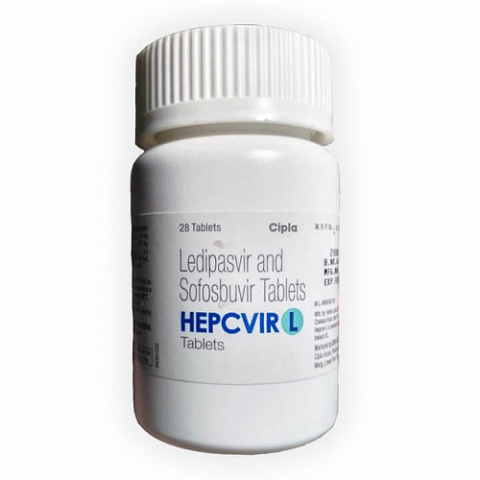 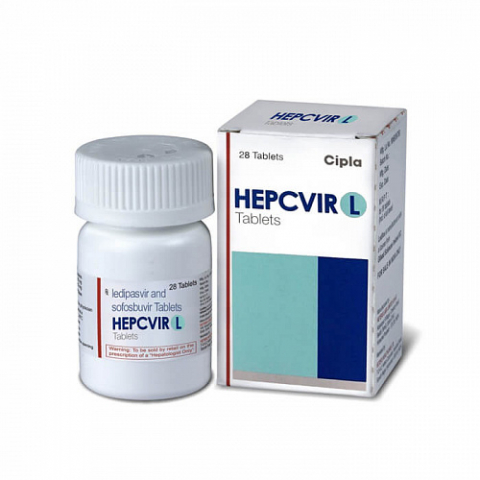 Hepcvir L  is a fixed dose combination of two most prominent anti-viral agents like Sofosbuvir & Ledipasvir which provides an effective & well accepted one pill once a day regimen for the therapy of genotype I, IV, V or VI caused hepatitis C viral infection in advanced stage. Hepcvir L  is a one of the directly acting anti-viral medication, which is endorsed by FDA with interferon & ribavirin free drug involved in the treatment of hepatitis C.

Hepcvir L  is used alone without use of ribavirin in the condition like genotype 1A; this is exceptional in patients who are having cirrhotic & already treated patients. Hepcvir L  is Sofosbuvir & ledipasvir combination which is pharmacologically classified as NS5B-NS5A inhibitor. Hepcvir L  is more potent and competent in patients with decompensated cirrhosis condition.

Food should not cause any variation in pharmacokinetic property of Hepcvir L  . Hepcvir L  should be taken either with food or without food. Hepcvir L  is widely distributed in body, the human plasma protein binding capacity of ledipasvir is around >99.8%; sofosbuvir is between 61 to 65%. Hepcvir L  metabolism is mostly occurred in liver, ledipasvir metabolism is occurred by CYP1A2, 2C8, 2C9, 2C19, 2D6 & 3A4.

The metabolism of sofosbuvir is majorly occurs hepatically and leads by cathepsin A or carboxyl esterase 1. Hepcvir L  is excreted through feces & urine. Ledipasvir dose are eliminated via urine by 87%.

In liver transplantation patients with compensated cirrhosis or without cirrhosis: Hepcvir L  tablet should be combined with ribavirin for 12 weeks.

Therapy naïve or experienced without cirrhosis or with compensated cirrhosis: Hepcvir L  tablet should be administered orally for 12 weeks.

This severe condition should be produced by concomitant use of Hepcvir L  with amiodarone. Overcome the problem by stop this combinational treatment. Counsel the patient before starting the treatment about the risk due to this combination. Check ECG periodically. Initiate supportive measures.

This combination causes loss of therapeutic effect of Hepcvir L  . To avoid the problem, stop the combination.

Ledipasvir is more difficult to remove from the body, because it has high protein binding effect. Sofosbuvir circulating metabolite should be eliminate with the range of 54% by undergoing hemodialysis. In case of over dosage of Hepcvir L  , patient should be; Provide with general supportive measures Monitor the manifestation due to over dosage of Hepcvir L  Undergo hemodialysis

The missed dose of Hepcvir L  should be avoided. In case of missed dose, patient must be consult with medical practitioner and follow the instructions. Maintain the regular dosing schedule.