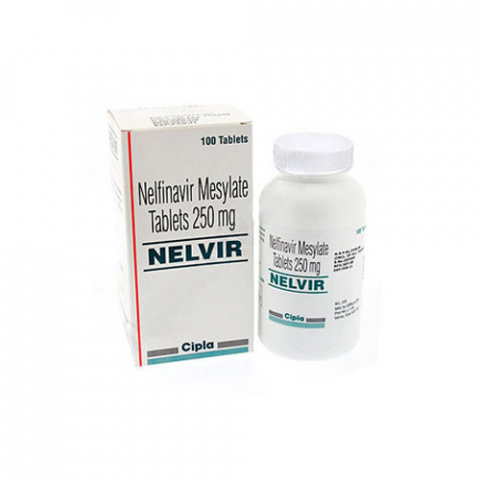 Nelvir is an HIV-1 protease inhibitor and belongs to type of anti-retroviral drugs. Nelvir require for prevention of HIV from multiplying in your body.

Nelvir is an HIV-1 protease inhibitor and belongs to type of anti-retroviral drugs. Nelvir require for prevention of HIV from multiplying in your body.

The drug also used to treat a virus which cause acquired immunodeficiency syndrome. Nelvir is not cure for HIV or AIDS.

Nelvir is indicated for the treatment patients affected by HIV-1 infection with combination of other antiretroviral drugs.

Nelfinavir which will Binds to the site of HIV-1 protease activity and prohibits cleavage of viral Gag-Pol polyprotein precursors into separate functional proteins required for infectious HIV. This will leads to formation of immature, noninfectious viral particles.

AUC is highly variable in pediatric patients because increased clearance, problems with compliance and inconsistent food intake with dosing. The time to high plasma concentration is 2 to 4 hours.

Volume of distribution is 2 to 7 L/kg

Mainly metabolized through Hepatic via CYP2C19 and 3A4

CONTRAINDICATION
The combination of nelfinavir with CYP3A for clearance is contraindicated

If you missed dose, have it soon If next dose time reached then avoid missed dose. And follow regular timings Please consult with doctor