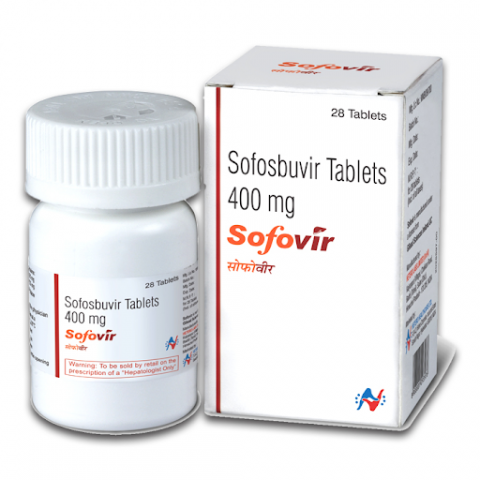 Sofovir is belongs to anti-hepatitis C viral medicine, containing active components known as Sofosbuvir and available in the strength of 400mg respectively.  Sofosbuvir which expels its work by stopping the virus which may causes hepatitis C viral infection from spreading inside the body.

Sofovir is belongs to anti-hepatitis C viral medicine, containing active components known as Sofosbuvir and available in the strength of 400mg respectively.  Sofosbuvir which expels its work by stopping the virus which may causes hepatitis C viral infection from spreading inside the body. Sofovir tablet is not a curable; it is only used to control the spreading of disease.

The components in Sofovir tablets are involved in inhibiting non structural protein which is essential for viral multiplication. Sofosbuvir is a NS5B inhibitor, Sofovir is a directly acting anti-hepatitis C viral agent. Sofosbuvir leads to produce pharmacologically active uridine analog triphosphate by intracellular metabolism. Sofosbuvir is inserted into viral HCV DNA by NS5B polymerase and act as a chain terminator.

400mg of Sofovir The prescribed dose of Sofovir by blend with different meds; Considerate obtain with genotype I, IV, V or VI ceaseless hepatitis C viral disease: Sofovir is joined with ribavirin and peg interferon alfa ought to be taken as a once a day. Sofovir and ribavirin ought to be taken if there should be an occurrence of patients are bothersome to take peg interferon alfa.

The usual dose Sofovir tablet for the children at age 12 or weight of at least 35kg; Without cirrhosis or with child Pugh A or compensated in patients: One tablet of Sofovir should be combined with weight based ribavirin as a single dose given for 12 weeks. For the patients with decompensated cirrhosis: Combine with ribavirin for 24 weeks the patients should be used One tablet The dosage of ribavirin; Based on body weight of the patients, the dosage of ribavirin should be recommended. < 75kg given 1000mg of ribavirin. At least 75kg given 1200mg of ribavirin. Ribavirin must be administered with food. Dosage adjustment should not be recommended in renal and hepatic impairment patients.

Exposure of hepatitis B viral infection occurs in HBV/HCV co infections Serious symptomatic bradycardia while concomitant with amiodarone Risk of depletion of therapeutic effect occurs due to combination of Sofovir with P-gp inducers or CYP3A4 inducers Fetal adverse occurs while concomitant with ribavirin For all these conditions, withhold or discontinue the therapy with Sofovir tablets.

Sofovir is a substrate of P-gp and BCRP transporters. While utilizing Sofovir with P-gp or BCRP solid inducers like rifampicin or st Johns wort may causes diminishing the plasma convergence of Sofovir . Accordingly the outcomes consumption of restorative impact of Sofovir Sofovir co organization with P-gp or BCRP inhibitors, causes expanding the plasma convergence of Sofovir Sofovir with comforting medication like modafinil causes diminishing the impact of grouping of Sofovir .

Sofovir tablet to be kept at the temperature below 30°C Protect the container away from moisture, heat and light.

The over dosage of Sofovir tablets; If it occurs manage with supportive measures, and hemodialysis should be recommended for eliminating the components of Sofovir and its metabolite. Sofosbuvir is removed with the coefficient of 53%; Velpatasvir is highly bounds to human plasma protein and it is difficult to eliminate.

If Sofovir does is mised to take, must consult with medical practitioner and follow the instruction. Or missed dose should be swapped and continue the regular dosing schedule. 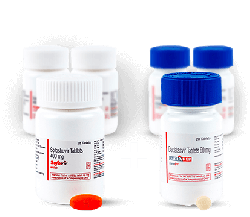 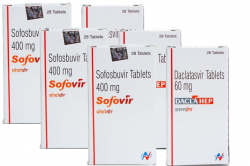