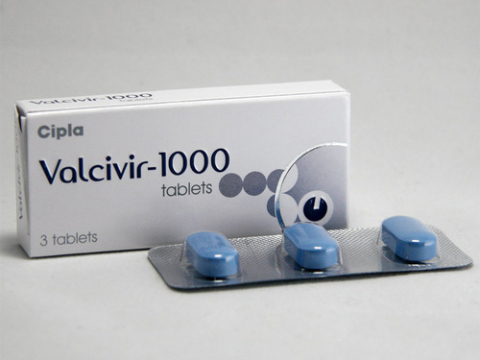 The major indication of valacyclovir is used in the condition like;

Valcivir  1000mg  includes an active composition like valacyclovir which is pharmacologically classify as nucleoside analogue of viral DNA polymerase prohibitor.

Valcivir  1000mg  which belongs to synthetically classified as nucleoside analogue. Valcivir  1000mg  is usually present as prodrug which gets changed into an active molecule known as acyclovir.

The major indication of valacyclovir is used in the condition like;

Valacyclovir which represented as a prodrug that will go through phosphorylation by using viral thymidine kinase enzyme for changing of acyclovir triphosphate, an active metabolite. This active molecule is included in the prevention of herpes viral DNA replication by competitive inhibition of viral DNA polymerase. After injected of this metabolite into the virus &causes terminate of the developing viral DNA chain. Valacyclovir contains; TheDNA synthesis blocked Destabilizing the strand Prevention of new viral growth

After oral intake of Valcivir , valacyclovir is fast absorbed from the gastrointestinal tract and bioavailability by 54.5% plus or minus 9.1%.

After absorption occurs, the human serum protein binding capacity is 13 to 18%.

Valacyclovir is rapidly absorbed and approximately 99% of drug get changes into an active form like acyclovir & L-valine by sustaining first pass metabolism & hepatic metabolism by enzymatic hydrolysis.

About 89% of radioactivity gets excreted via urine. The median valacyclovir half-life period occurs in 2.5 to 3.3 hours.

Valcivir  1000mg  tablet should be administered with or without food.

The prescribed dose of Valtrexis 2 grams should be taken for two times a day for one day in 12 hours apart.

The prescribed dose of Valtrexis 1 grams should be taken as twice daily for 10 days.

The prescribed dose is 1000mg  should be administered orally as twice daily for 3 days.

1000mg  of Valtrexshould be administered orally as two times a day.

1000mg  of Valtrexshould be taken as once daily.

In this condition, the recommended dose of Valcivir  1000mg  is 1gm should be given as three times a Day for 7 days.

The patient’s age of greater or equal to 12 years, the recommended dose of Valtrexis 2 grams should be taken as twice daily for 1 day.

20mg/kg of Valcivir should be administered orally as three times a day for 5 days. The maximum dose per day is not exceeding 1-gram 3times a day.

THROMBOCYTOPENIA
This condition occurs during the therapy using with Valtrex, this may leads to death with chronic HIV-1 disease & bone marrow transplant. In this fatal condition treatment should be immediately stopped & monitor the manifestation due to this lethal case.

ACUTE RENAL FAILURE
Use Valcivir  1000mg  in geriatric patients very carefully. Dosage reduction should be recommended for renal impaired patients. Patients who are receiving nephrotoxic drugs should be taken caution while getting Valcivir  1000mg  tablets. Patients have no sufficient hydration may leads to precipitation of acyclovir in renal tubules.

CENTRAL NERVOUS SYSTEM EFFECTS
In pediatric patients with or without renal impairment should be identified with nervous problems like agitation, hallucination, confusion, seizures during the treatment with Valtrex. In this condition therapy should be stopped.

No drug- drug interactions occurs in the valacyclovir treatment.

The pregnancy category of valacyclovir is B It should be used with caution. Caution should be taken while administering Valcivir  1000mg  to nursing woman.