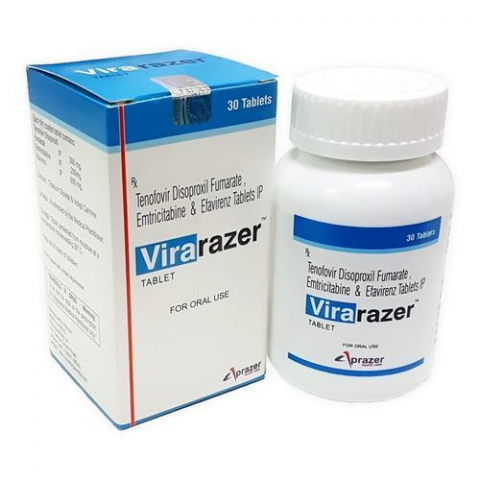 Virarazer         is a single tablet drugs consist two types of anti-retroviral medicines which is active against HIV-1 infections.

It should not be suggested in both moderate & severe renal impaired patients with creatinine clearance below 50ml/min. The combination therapy of Virarazer          with rifampin, with patient weight about 50kg or more. In this scenario the dose of efavirenz should be elevates to 200mg per day.