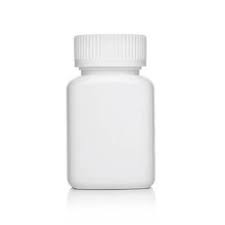 Alecensa 150mg consist of second-generation anaplastic lymphoma kinase (ALK) inhibitor authorized by the US Food and Drug Administration to cure crizotinib-refractory non-small cell lung cancer
Alecensa 150mg inhibits the developments of cancer cells which are then damaged by the body
Alecensa 150mg which is used asprescription drug under the supervision of medical oncologist.

ALK is a family of proteins known as receptor tyrosine kinases (RTKs), which are included in the growth of cells and the development of new blood vessels which supply them. In patients with ALK-positive NSCLC, an abnormal form of ALK is formedwhichencourage the cancer cells to multiply and grow in an uncontrolled fashion. The active substance in Alectinib, is an ALK inhibitor and acts by stopping the action of ALK, thereby decreasing the growth and spread of the cancer.

Highplasma concentration 4 hours and bioavailability of Alecensa 37%
Humanplasma proteins binding is 99%
The drug Alecensa has Metabolized by CYP3A4 to its major active metabolite M4, the main circulating moieties in plasma, total radioactivity 76% constituting.
In oral administration, radioactivity 98% was eliminated in feces. dose was excreted in the feces unchanged Alectinib is 84%. Half-life is 33 hours

When administered to pregnant womenEmbryo-fetal toxicity resulted: Based on data from animal studies and its mechanism of action, Alecensa can cause fetal harm.
While on treatment withAlecensa will causes Symptomatic bradycardia; control heart rate and blood pressure regularly.
Alecensa treatment may causes severemuscle pain and elevated CPK resulted; advise patients to report any unexplained muscle pain, tenderness, or weakness;
During Alecensa treatmentRenal impairment occurred; incidence of Grade ≥3 renal impairment was 1.7%, of which 0.5% were fatal events.

No drug interactions with Alecensa 150mg necessary dosage adjustment have been observed.

Pregnancy Category D: Based on studies of animal and pharmacological action, Alecensa 150mg will cause fetal harm when given to pregnant women
While on treatment with Alecensa, tell the female not to become pregnant

While on treatment with Alecensa, discuss with the women not to breastfed to infants

Store at below 30°C
Keep the drug in its original container.